Layers that were previously considered to be a single dense formation consist of fluid-filled and interconnected elements. These structures are under the skin, they line the gastrointestinal tract, lungs, bladder and other organs, writes Scientific Reports.

See also: They are surprised that they did not notice earlier: scientists have made an unexpected discovery in human anatomy

Scientists believe that this layer serves as a channel for the movement of liquids. This explains the rapid spread of cancers affecting connective tissue. 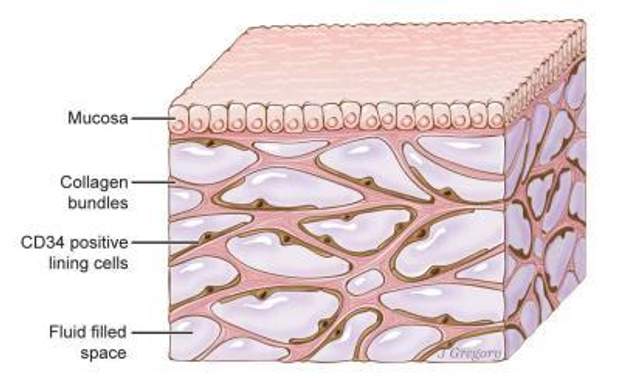 A new type of tissue is used to move fluids.

Previously, scientists could not observe such structures. According to the authors, this is primarily due to the fact that before studying a particular tissue, anatomists expose it to various chemicals, for which cells filled with fluid are “dried”.

The discovery was made possible by a modern technique – laser endomicroscopy, which combines traditional endoscopy (examination of internal organs with a microcamera) with laser radiation and sensors. This made it possible to study the structure of living tissue, rather than a laboratory sample.