The certificate for a million rubles was received by the charity foundation “Coming Out in Belgorod” from the “Generation” foundation. The funds will be spent on the purchase of technical equipment, benefits, special furniture for children, as well as on the training of specialists.

The Foundation, founded by State Duma Deputy Andrei Skoch, has supported the Exit to Belgorod Foundation for more than three years. During this time, resource classes opened in four cities of the Belgorod region.

– We have many projects being implemented in the Belgorod region, but this one is one of the most important. It concerns the health and development of children. They started talking about autism relatively recently, and thanks to such enthusiasts like Natalya Zlobin, families do not have a one-on-one problem, ”commented deputy aide Alexei Miroshnik. The certificate for a million rubles to the president of the charity foundation "Coming Out in Belgorod" was presented by Alexey Miroshnik. Photo: provided by the press service of the Generation Fund

Natalya Zlobina, President of the Entrance to Belgorod Foundation, said that the first resource class in the region appeared in 2014 on the basis of Belgorod Boarding School No. 23. Then the initiative was supported by the “Generation”, and the project is being implemented at 14 sites today. Thanks to timely assistance, 76 children were able to study in regular classes.

Another feature of the interaction of funds is consistency. This year, thanks to the “Generation” foundation, 90 teachers have been trained. It is possible to accompany the child from the time of diagnosis to adulthood.

– I am a mother of a child with an autism spectrum disorder. My son's name is Roma, he is 6 years old. Now we are preparing for school and engaged in the group. I am grateful that our children are helped, that they are interested. Yes, they are each with their own characteristics, but at the same time, they are ordinary children who need attention, care and affection, – says Galina Derkach. Special children as well as all the rest, need care and affection. Photo: provided by the press service of the Generation Fund 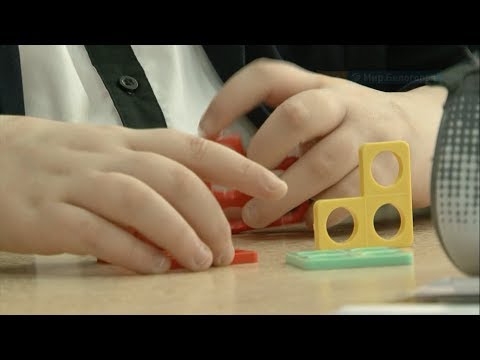 In February, the Generation Fund sent over 11 million rubles to help residents of the region. In priority – issues relating to treatment, operations and rehabilitation equipment. Thus, a portable stomatological unit and anti-decubitus mattresses were purchased in Valuiskaya Central Hospital. Wheelchairs, prostheses, orthoses and hearing aids were purchased for six residents of the region.

In addition, three schools of the Krasnogvardeisky district and four 3D printers in the Valuysky district will receive computer equipment.

About half a million rubles were sent to veteran organizations in the region and the same amount received by the organization of veterans of Afghanistan.