Up to 80% of cysts pass themselves within two years without any operations. Therefore, doctors ljk; ys choose a strategy of expectation, rather than a radical removal.

The results of a study conducted by an international group of scientists, including specialists from Imperial College London (UK) and the Catholic University of Leuven (Belgium), were published in The Lancet Oncology.

Ovarian cyst – what is it? Ovarian cyst is a benign tumor in the tissues of the ovary, filled with liquid contents. As a rule, it is recommended to remove this formation. Most often, doctors are afraid of malignant degeneration of the tumor, or excessive growth. In some cases, a cyst can cause pelvic pain and bloating.

Scientists have noted that if a cyst does not grow, it is better not to touch it, especially if its presence does not cause painful symptoms in a woman. But doctors recommend frequent ultrasound examinations to keep an eye on this. 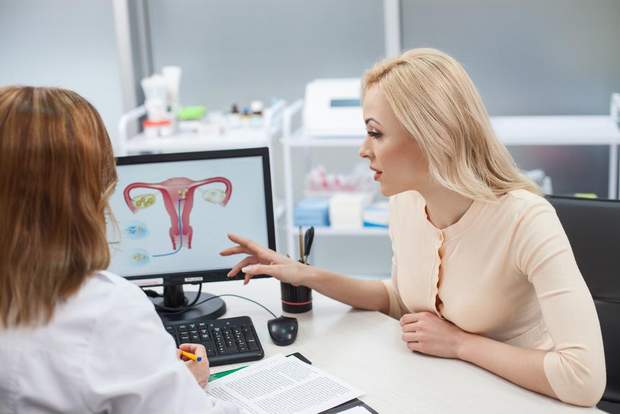 Ovarian cysts should not be removed.

The study authors observed nearly 2,000 women from 10 countries, including the UK. Most of them did not go through surgery to remove a cyst, but simply visited the doctors who watched these tumors. Only 12 women later were diagnosed with ovarian cancer, however, as scientists assume, this was not due to the malignant degeneration of the cyst, but to an incorrect diagnosis at the beginning.

Also, the calculations showed that the risk of complications (distortion of the ovary or rupture of a cyst) in case of failure of the operation was 0.4 and 0.2%, respectively. While the risk of severe operative complications when removing an ovarian cyst, such as intestinal perforation is from 3 to 15%.