Prostate cancer – Symptoms • difficulty urinating;
• frequent urination;
• pain and burning;
• the presence of blood in the urine;
• pain in the back, hip, or pelvis.

For this came a specialist from Kiev. The operation was conducted in Vinnitsa. 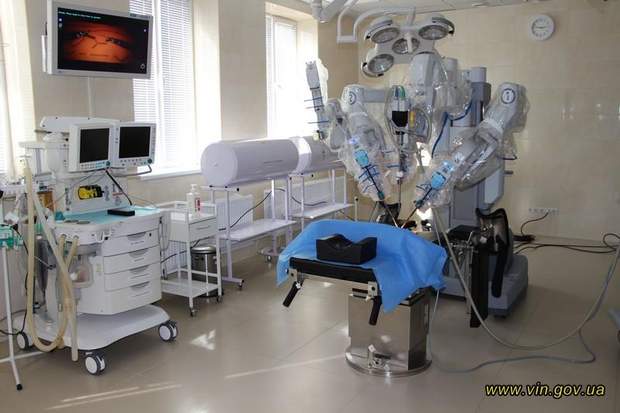 The robot has four arms to which surgical instruments are attached. The doctor's eyes are a 3D camera that is inserted into the patient's body through a small hole. The doctor controls the console, and all movements perform the manipulators. They are able to perform ultra-precise manipulations, damaging other tissues.

The operation was successful. A few days later the patient will be discharged from the hospital.

Previously, the robot helped the military doctors, after which civilian doctors began to use it.