The Chief Sanitary Inspector of Russia, Anna Popova, signed the decree No. 2 of March 6, 201 “On conducting measles immunization”.

The alarm was sounded after it was calculated: in 2018 this ailment on our territory was recorded three times more often than in 2017: 2538 cases, or 1.73 per 100 thousand of population (0.5 a year earlier). Moreover, according to the Ministry of Health, the largest number of cases (over 90%) were not vaccinated. More than half of the cases (55.4%) are children, 90% of them also did not receive vaccination.

Measles is an acute viral infection with a high degree of contagion, which is severe, characterized by fever, high fever, inflammation of the mucous membranes of the oral cavity and upper respiratory tract, conjunctivitis, skin rash and general intoxication of the body. Moreover, adults suffer the disease harder than children.

The disease is especially dangerous for its complications, among which are pneumonia, otitis, and hepatitis, and encephalitis.

Measles during pregnancy often leads to miscarriage, fetal death or the risk of developing defects in the important internal organs of the child. And if the expectant mother gets sick in the first trimester of pregnancy, the likelihood of having a baby with mental disorders (dementia, mental retardation, etc.) increases.

“The only effective means of preventing measles in both children and adults are vaccinations,” Rospotrebnadzor specialists noted more than once.

Additional vaccination company will be held from April 1 to October 1. Vaccination will be offered to people who have not been vaccinated in childhood (twice), and have not had measles, and therefore do not have immunity against the virus. However, the announced dates are fairly conditional, the Rossiyskaya Gazeta believes: according to the existing rules, if a measles focus has arisen, vaccinations are carried out immediately for everyone who could contact the sick person.

Until the end of March, the regions should determine the need for preparations and organize work to identify non-vaccinated citizens. It is also about the “hard-to-reach contingent”. This concept includes the nomadic population, refugees, forced migrants, internal and external migrants. Employers who recruit foreigners to work are required to provide immunization of such employees against measles by the end of the year.

It is possible that, in connection with the decree, medical contraindications to conducting measles vaccinations will be reviewed. This task is necessary for immunological commissions to be completed by March 25.

No coercive measures are planned: the decision whether to prick or not will remain voluntary. In this regard, the agency considers it particularly important explanatory work with the public.

About measles in questions and answers Question:

How long is a measles patient contagious?

The source of measles is only a sick person who releases the virus to the external environment during the last 2 days of the incubation period and up to 4 days after the rash. The total duration of the infectious period is 8-10 days. From the 5th day of the appearance of the rash, the patient is not contagious. In the case of measles pneumonia, the infectious period is extended to 10 days from the onset of the rash.

Can the measles virus spread through ventilation, objects and third parties?

Yes, the virus with air flow is able to penetrate the premises through the corridors, stairwells, ventilation system. Due to the low resistance of the virus in the external environment, it can be transmitted through third parties, the infection cannot take objects.

How much time from the moment of contact with an infected measles is it necessary to vaccinate a person who has not been ill, who has not previously been vaccinated against measles?

Immunization against measles according to epidemic indications is carried out within the first 72 hours from the moment the patient is identified. Also, the timing of immunization can be extended up to 7 days from the date of detection of the first patient in the outbreak.

Vaccination against measles, rubella, mumps was planned, the doctor refused to carry out vaccination in connection with ARVI. When can I see a doctor again for vaccination?

Vaccination is delayed until the cessation of acute manifestations of the disease and exacerbation of chronic diseases. In mild forms of acute respiratory viral infections, acute intestinal diseases, vaccination may be carried out immediately after the normalization of body temperature.

Are adults vaccinated against measles?

Adults who have not had measles before, not vaccinated or vaccinated against measles once, are vaccinated at the age of 35 years. Up to 55 years inclusive, vaccinate adults at risk (medical professionals, employees of educational organizations, etc.). After the administration of the vaccine twice, as well as after measles, a persistent long-term immunity to this infection is formed.

Measles in adults is often difficult, serious complications can develop – pneumonia, brain damage (encephalitis), eye damage, hearing impairment and others. Every year in the world register more than 500 thousand deaths from measles.

What if there is no information whether the measles vaccine was given?

If you do not remember whether you are vaccinated and do not have documents confirming the vaccination, and whether there is no information whether you have had measles or not, you should be vaccinated. It's safe. If you have been vaccinated, the antibodies produced will block the vaccine, and if you have not been vaccinated or the immunity from the previously administered vaccine has faded, then the body will develop new antibodies and your body will be protected.

How long before a planned pregnancy is it necessary to get measles vaccine?

If pregnancy is planned, then it is recommended to vaccinate not later than a month before the intended conception. The ideal interval will be a 3 month period.

Can you get vaccinated against measles while breastfeeding?

Yes, measles vaccine can be given to nursing women.

– Persons aged 18 to 35 years who have no information about past diseases and do not have information about vaccinations are required to take root at the place of residence. For medical and pedagogical workers, the age limit is higher – up to 55 years. Vaccination gives 90% protection, lifelong immunity. But even if the lifelong immunity is not formed, the person will suffer the disease much easier. Adults are vaccinated with monovalent vaccine, children are vaccinated with divaccine, that is, it contains measles and mumps pathogens in its composition. Vaccination against measles is included in the Russian national calendar of preventive vaccinations, it is mandatory and is carried out at the expense of the federal budget. 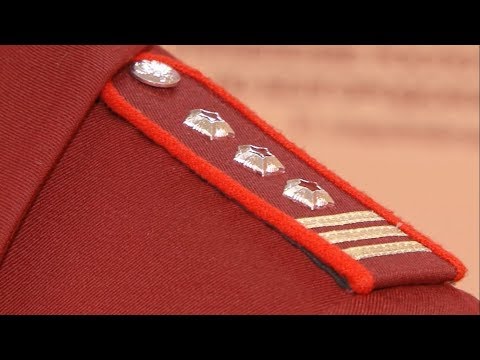 TRC "World Belogorya" about a possible measles epidemic. You can ask a question about measles on the hotline of the regional department of Rospotrebnadzor: 8-800-222-04-31. You should call the same phone if you refused to be vaccinated at the clinic in your place of residence. To this topic

Today, the virus is most often imported from abroad – by tourists, immigrants, labor migrants. And in Europe, measles is raging! Last year, an epidemic covered 47 of 52 European countries, where more than 82 thousand people were infected with the disease, 72 of those who died died. The sad “primacy” is held by Ukraine (849 patients with measles per 1 million population) and Georgia (396 patients per 1 million). The list of "disadvantaged" – Montenegro, Greece, Romania, Moldova, France and Italy.

This year, the measles epidemic continues. And, although in Russia (where the coverage of the population with vaccines is 97% of the population), the situation is much more calm, since the beginning of 2019 we have also registered cases of the disease. At the Belgorod region (as of late February), measles has not yet appeared. But to our closest neighbors in the Black Earth has already reached.

Four cases of measles were detected in the Kursk region, two of the cases were not vaccinated. At the beginning of March, 15 people became ill in the Orlovschina (all of them were not inculcated for religious reasons). A few days ago, Kommersant reported six laboratory-confirmed cases of measles in the Voronezh region: five children (four of them from one family) and one adult. “All children are not vaccinated due to the refusal of parents, the adult lacks information about vaccines against measles,” the publication said. 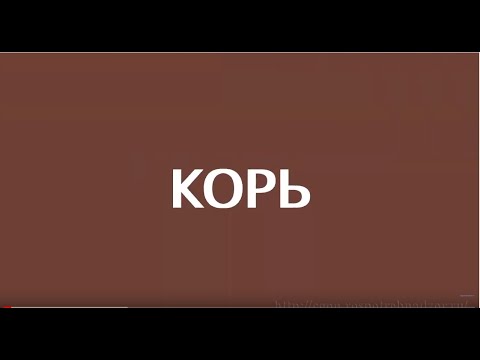 Although you can not be forced to vaccinate yourself or to vaccinate your child, but this does not mean that the rejection of vaccination will not lead to any consequences. In accordance with clause two of Article 5 of the Federal Law “On Immunoprophylaxis of Infectious Diseases”, an unvaccinated citizen may be temporarily denied admission to educational organizations and health institutions in the event of massive infectious diseases or the threat of epidemics.

How real is the threat – experts decide depending on each specific situation. Specialists of the territorial administration of Rospotrebnadzor make a submission – to the executive authorities of the region, municipality, or education authorities. And the latter are already making an appropriate decision.

At the same time, as specifies "Komsomolskaya Pravda", https://www.kp.ru/daily/26951/4005303/ both in children who have medical leads from vaccinations for health reasons, and those whose parents are ardent "anti-vaccinations", the right to education is guaranteed by the Constitution. Referring to it, parents can apply to the local DNA organization with a request to arrange distance learning for the child.